Search
Our Results
Make an Appointment
What Our Clients Say 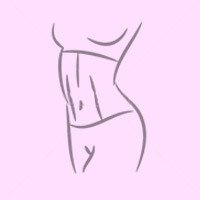 Genitalia surgery for improvement of genitalia both in man and woman has become popular these days. Everybody is concerned for their genitalia. Different plastic surgery and cosmetic surgery procedures have been developed to improve the appearance and function.

Most commonly demanded surgery by woman is hymenoplasty and vaginoplasty.

Hymenoplasty–  Hymen is considered as sigh of virginity. It is a thin layer of membrane which is present at vaginal opening. Repair of torn hymen by plastic surgery treatment is called as hymenoplasty.

Vaginoplasty–  those women who have given child birth usually have lax vaginal muscles. They are demanding correction of muscle laxity. Plastic surgeon tightens these muscles and this is called as vaginoplasty. Inner layer of vagina is improved by Laser.

Men are also concerned with shape and size of genitalia. In some cases they have normal size genitalia but they want to enhance the length. Penile lengthening is most commonly demanded procedure. In those who have gained weight, lost significant weight and are diabetic fat deposition over pubic area and loose skin hide the penis. In such cases penis appear smaller.

Different plastic surgery treatments are performed to enhance the length of penis. Fat grafting is also done to increase the girth .